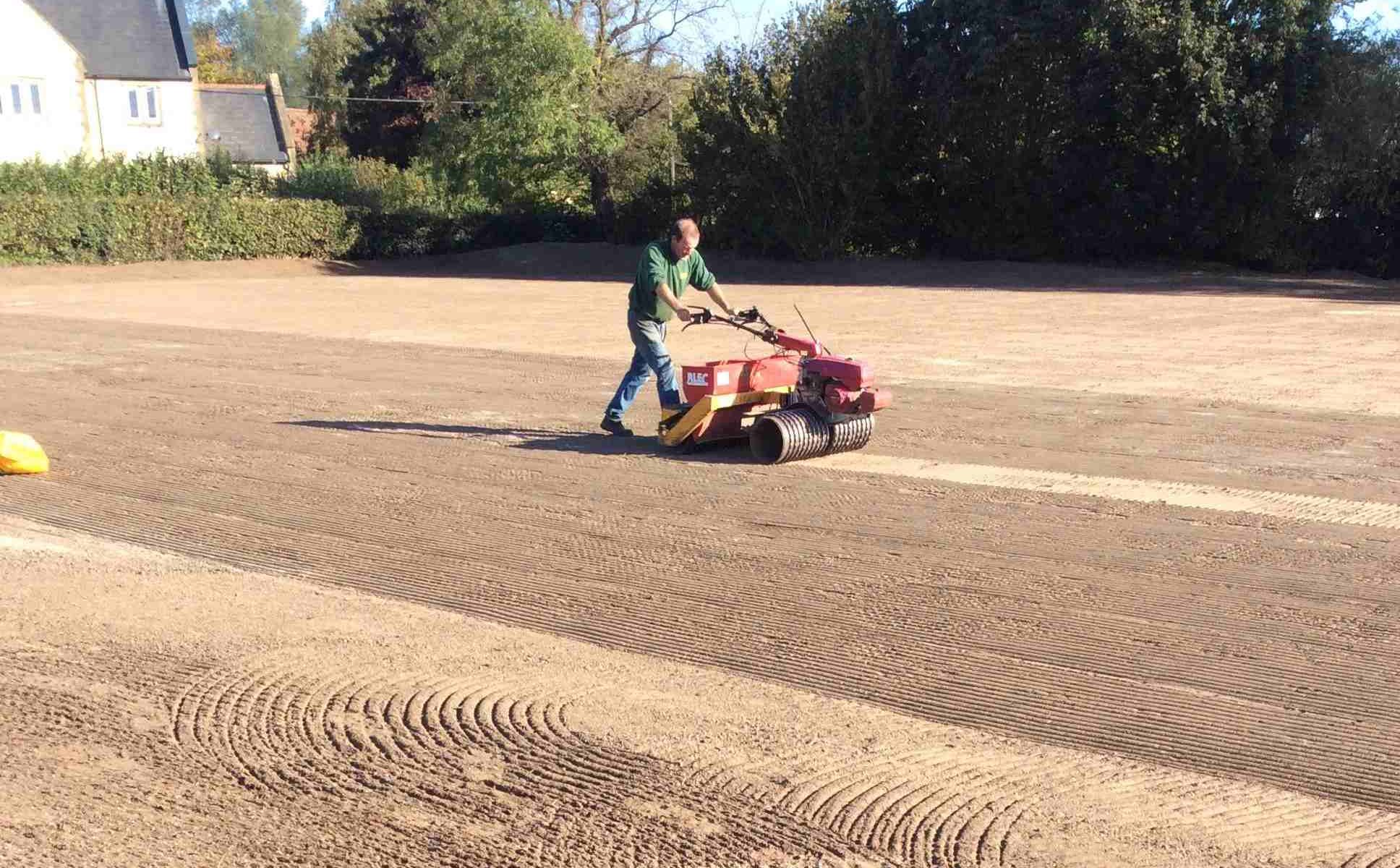 In 2016, Kington Langley Croquet club embarked on a project to increase its facility from one (almost) full size lawn and one half lawn, to two full size lawns. After some years of negotiation we got permission to extend, and held fundraising events throughout the year. Finally, in September 2017 our contractor, Talbot, started digging up our old lawns. We knew our old lawns weren’t flat – surveys had indicated that there was a difference between opposite corners of (surprisingly) almost a metre – but we were all amazed at how much earth had to be moved. Top soil had to be removed before the base was levelled and then the top soil returned, flattened etc. At the end Talbots declared that the ground was flat to within one centimetre overall!

In October each year the lawns are spiked, reseeded and 20 tonnes of top dressing applied. It takes some years for lawns to mature, but they get better as time goes on.